Leaving a legacy of canes

I had the pleasure of working on an awesome story over the past couple weeks, working with one of our writers to show the effort that one local 90-year-old man has put in over the last two years to make and give away over two hundred canes made from hedge tree branches. The story finally ran today, and after having to cut some photos that I was really partial to, I want to share them here. 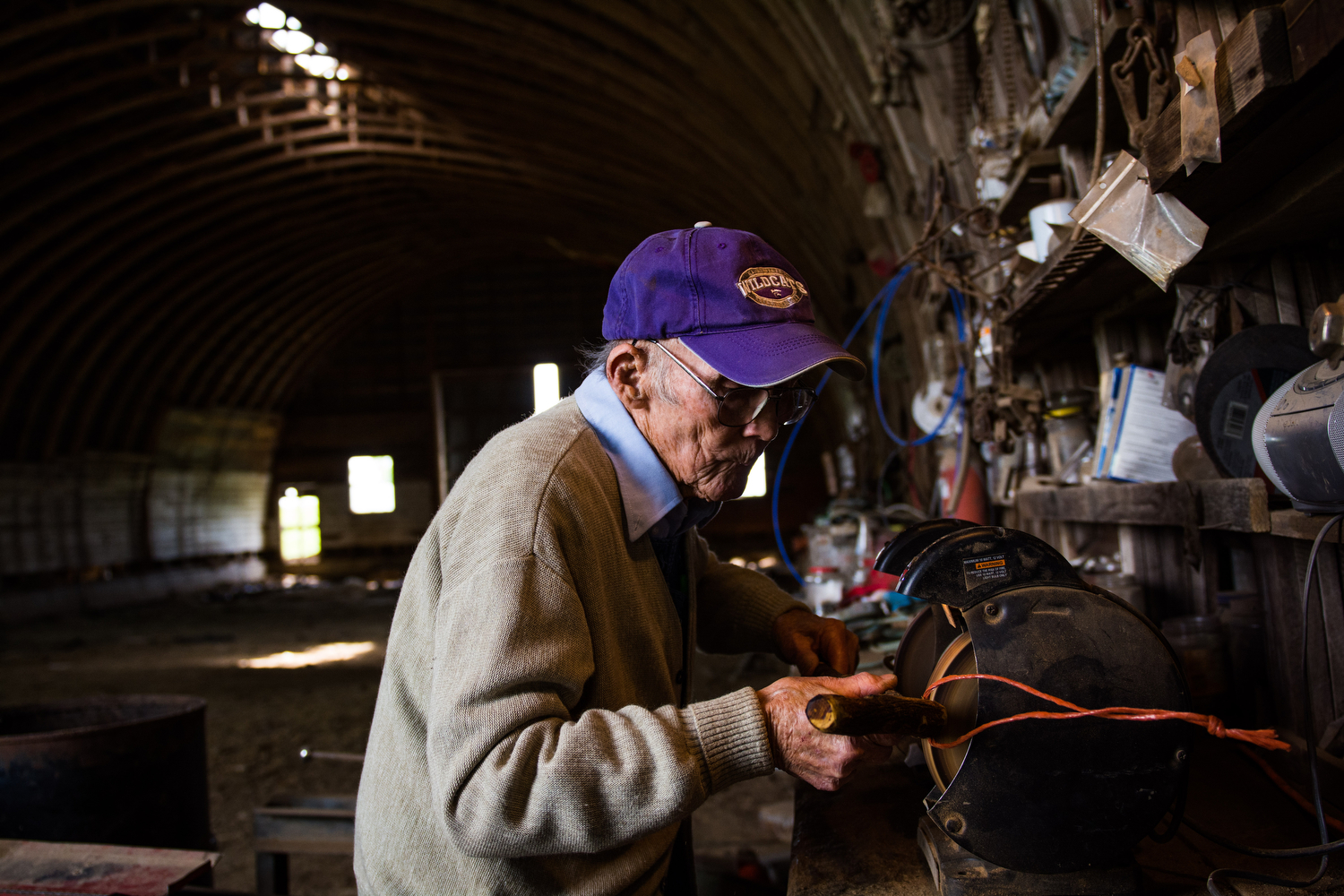 Clint Davies grinds an area on one of his handmade hedge walking canes in his workshop at his home in Reading. Over the last couple years, Davies has made and gave away over two hundred of the canes which he has cut from hedge trees on his property. 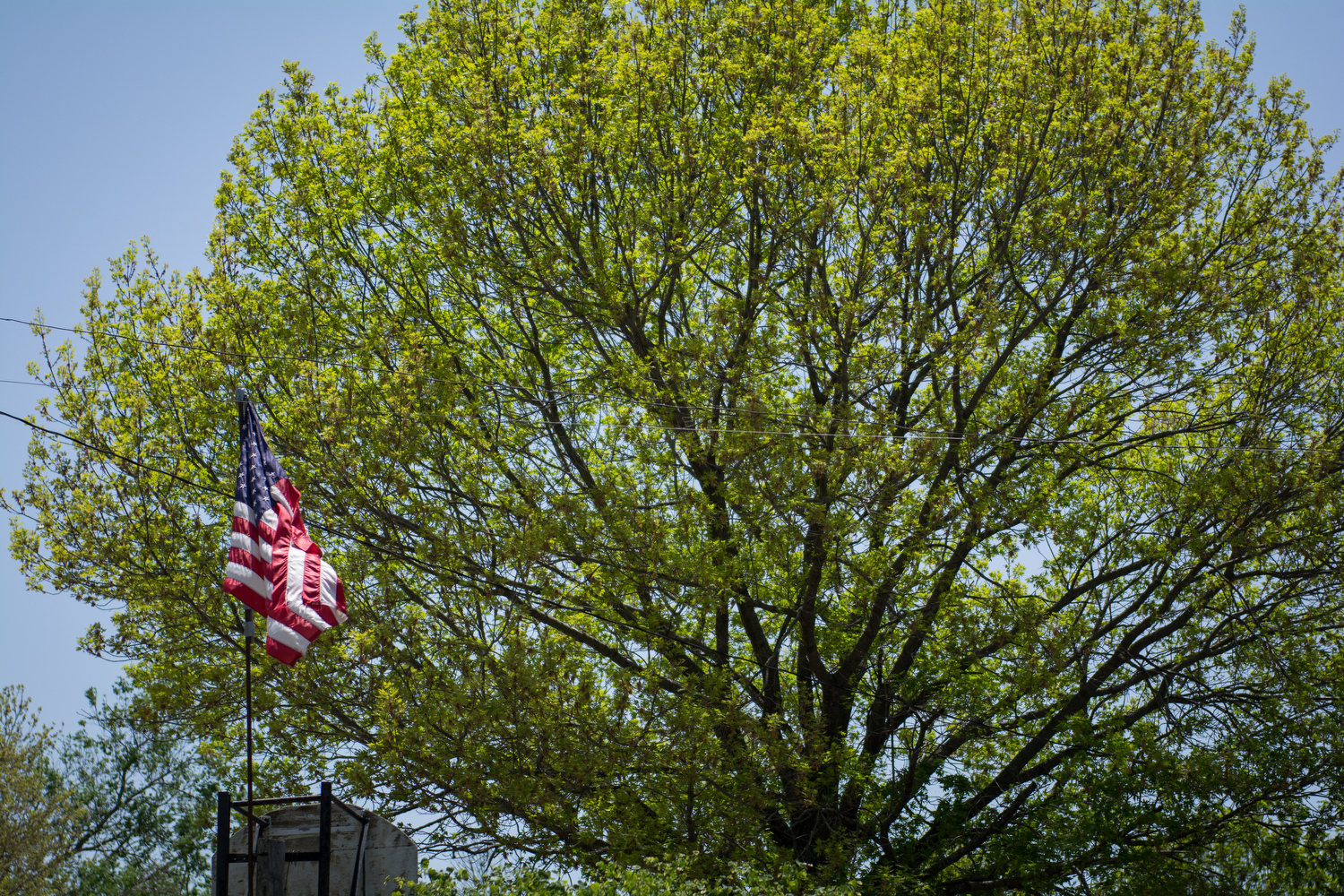 The flag flies high on a sunny day on the Davies farm outside Reading, Kansas. 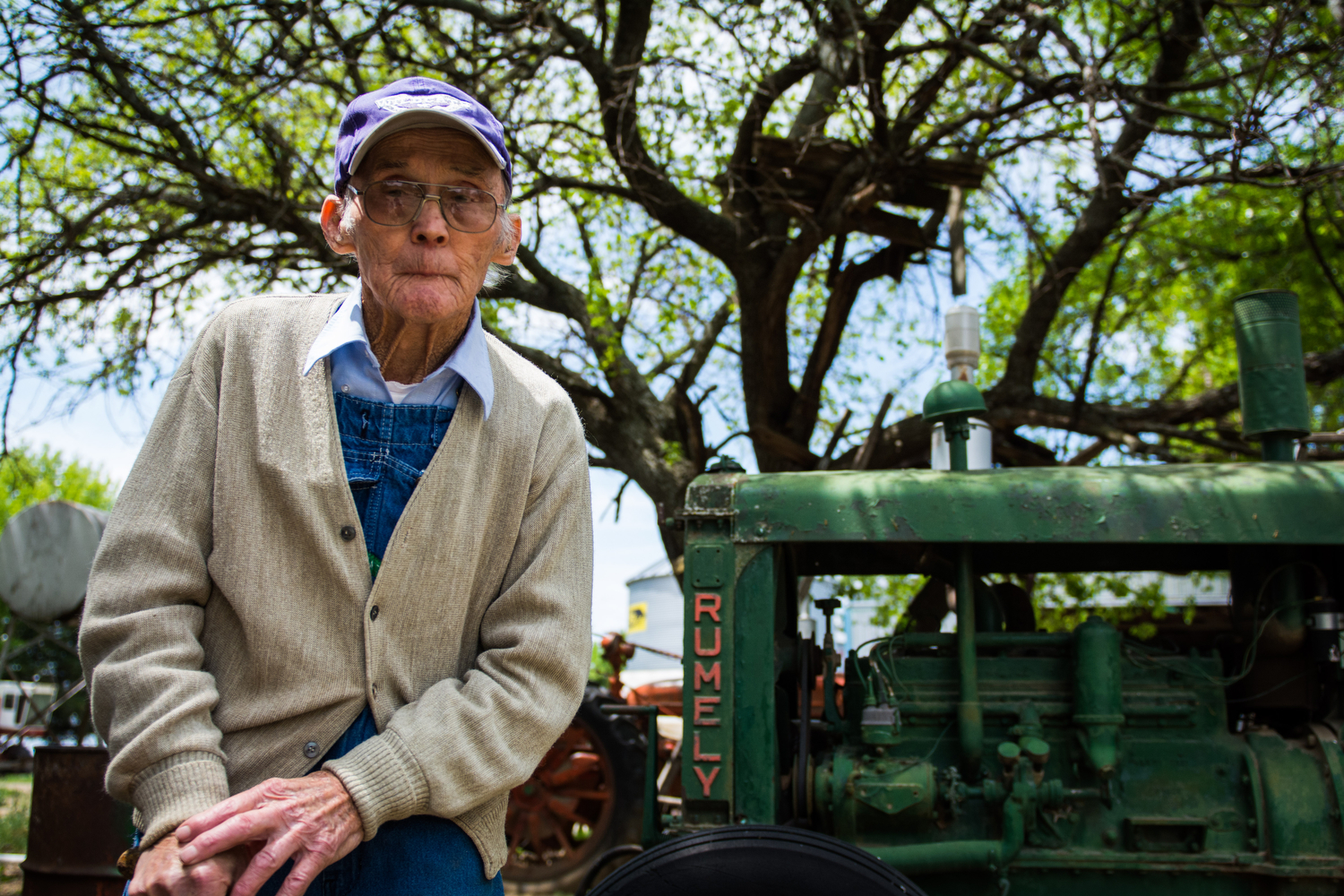 Clint Davies grasps a hedge tree branch in his workshop at his home outside Reading as he shows what the branches look like before he grinds off the thorns and spurs to create his canes. The 90-year-old lifelong Reading resident hand picks the branches from around his property where his family has lived since his grandfather homesteaded it in the 1880s. 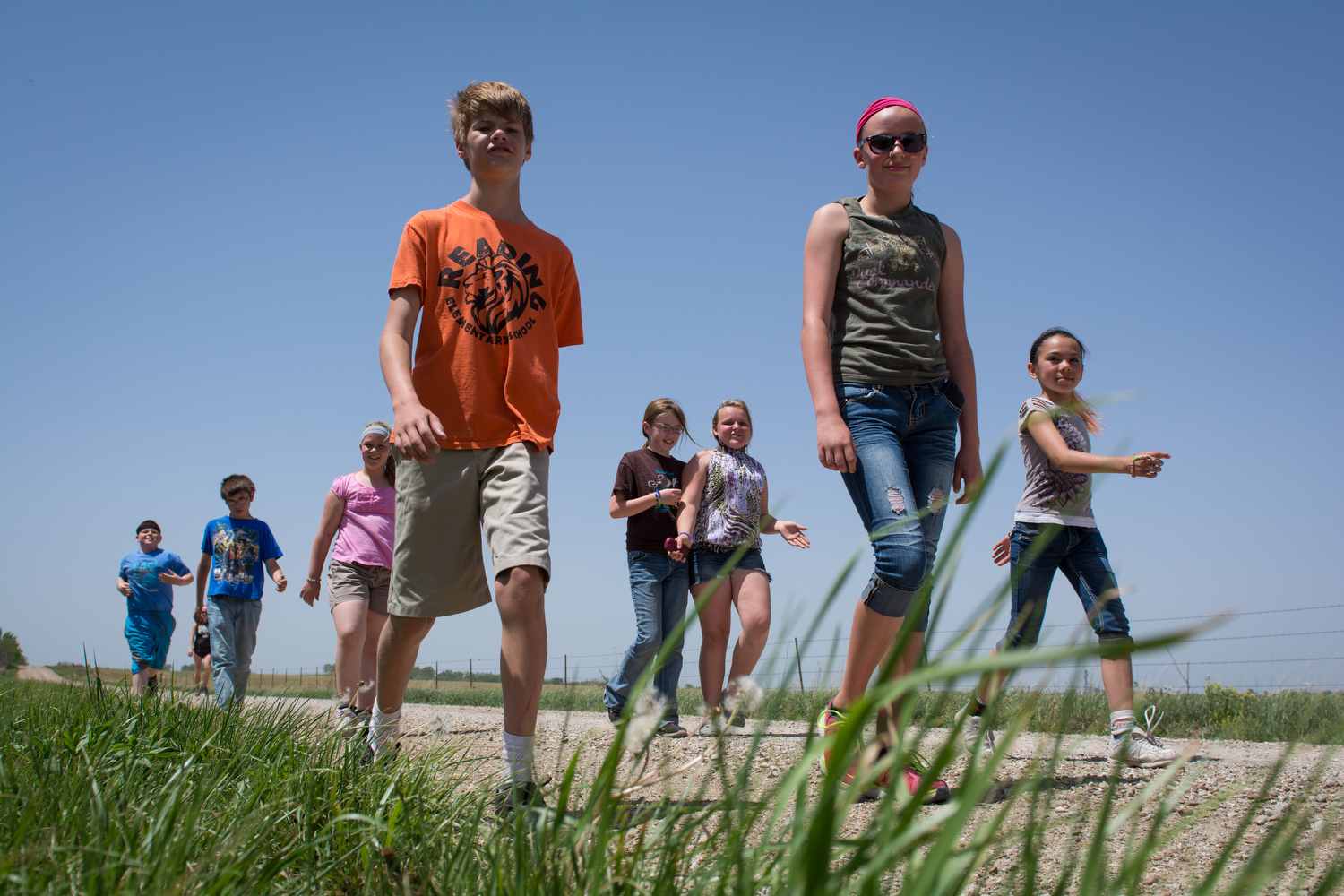 Sixth-grade students from Jann Briggs' class at Reading Elementary walk along the road on the way to Clint and Donna Davies' home southeast of Reading one afternoon to see where Clint makes his canes. After being shown around the property by Clint, each of the students were given a cane to take home to their parents. 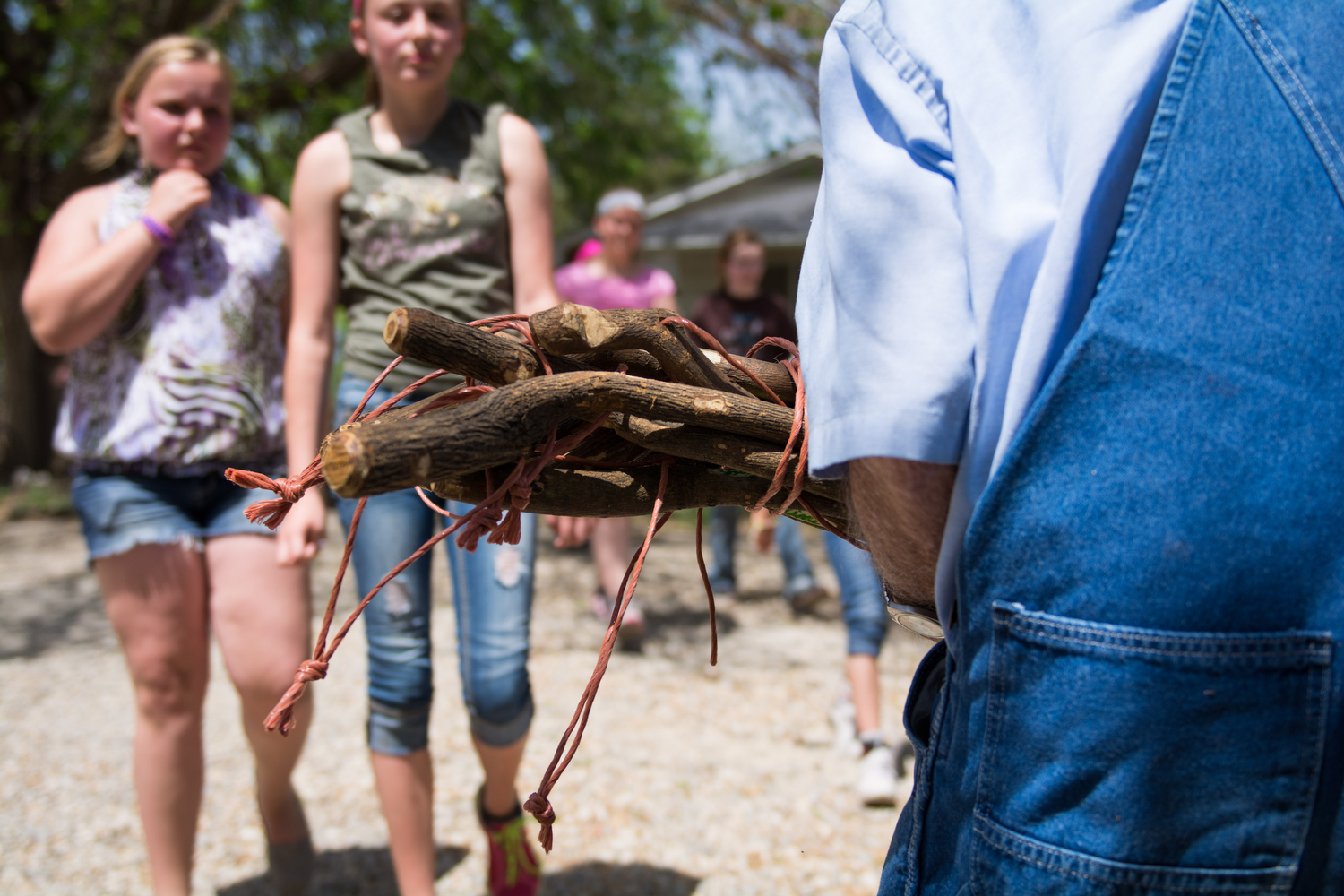 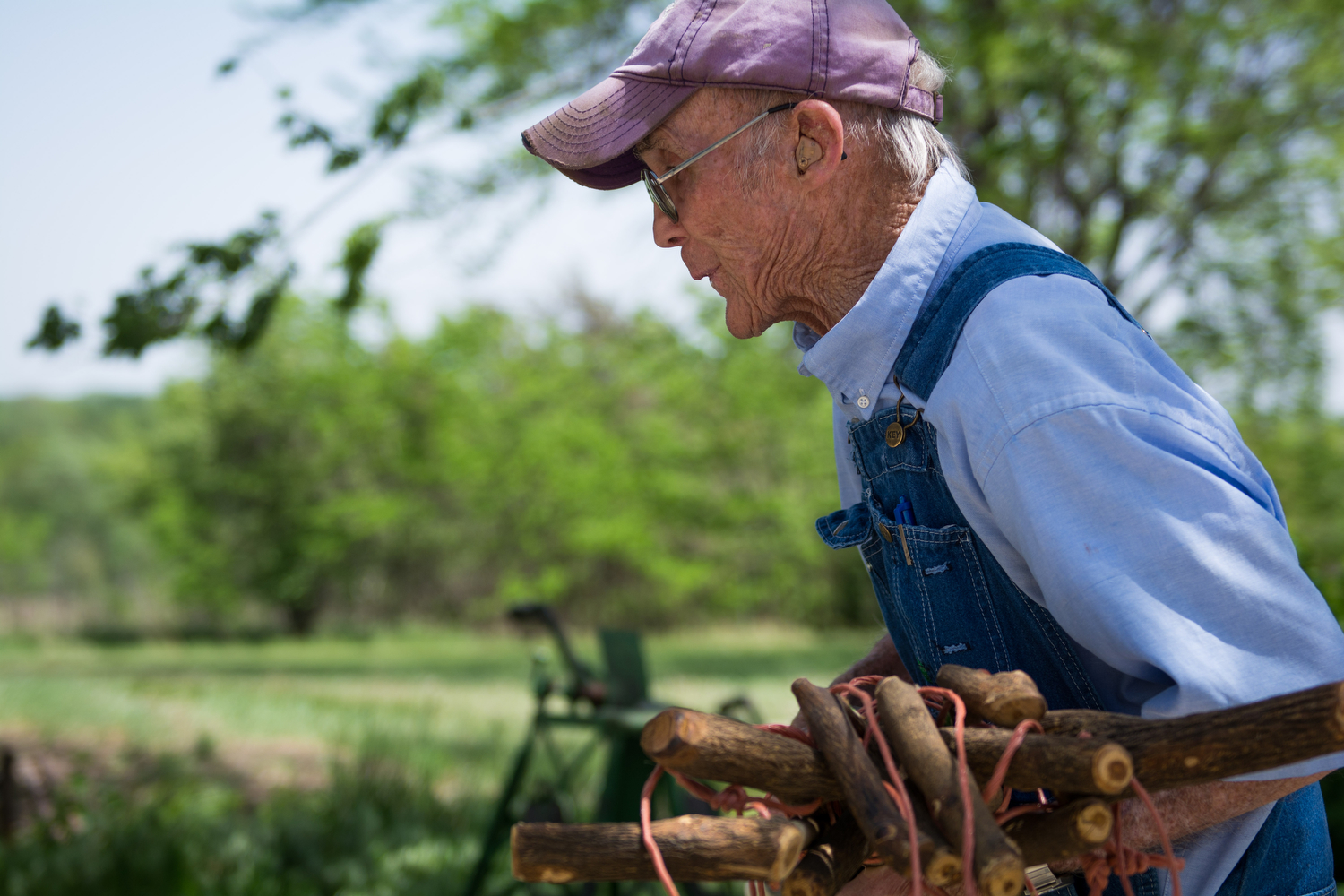 Clint Davies carries a bundle of canes from the bed of his pickup truck toward his home, where a group of Reading Elementary students wait to be shown the canes that Davies is known for making. 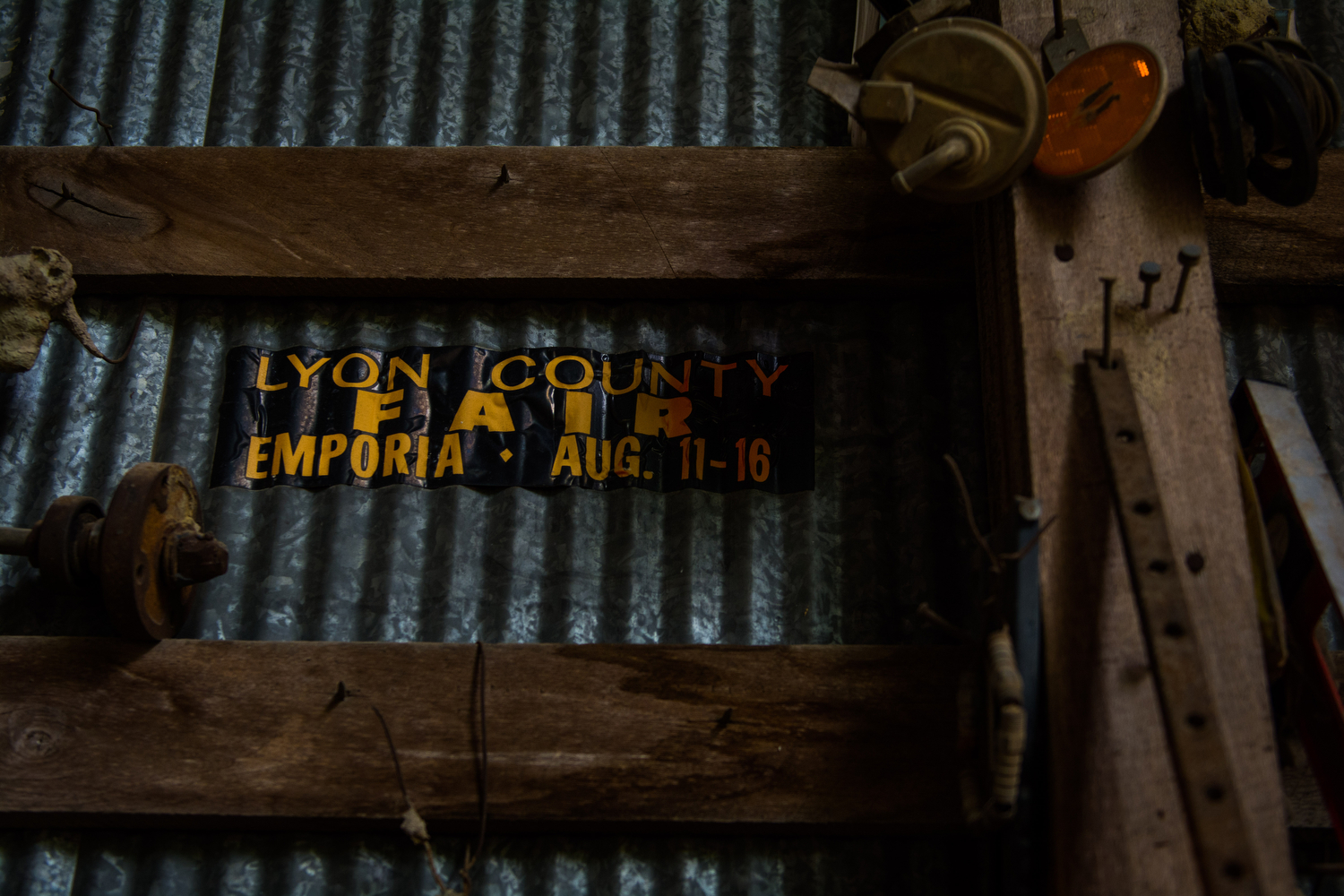 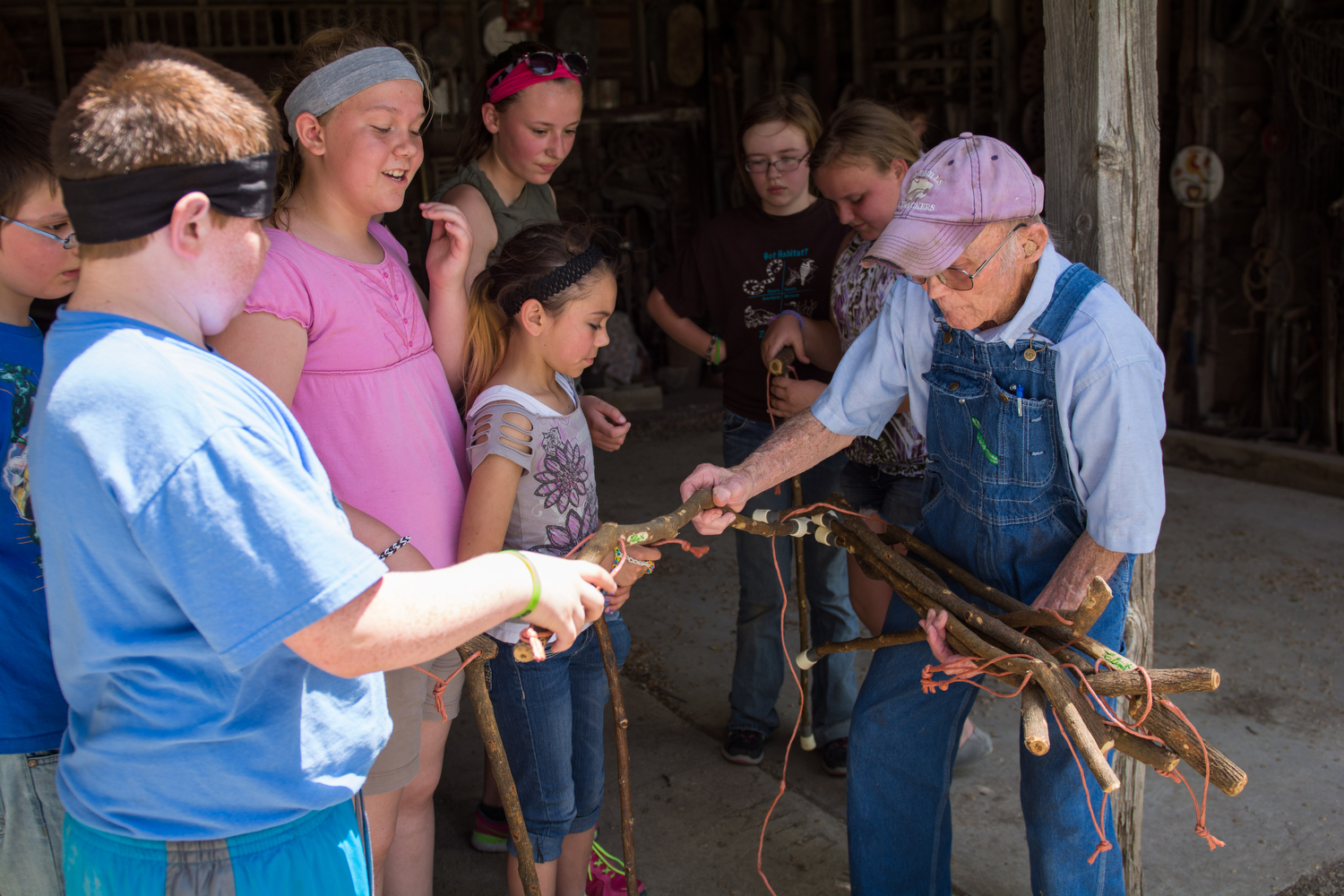 90-year-old Clint Davies hands out hedge walking canes to students from Reading Elementary as they visited his home on May 7. Davies, who's daughter, Jann Briggs, is a sixth grade teacher at the school, invited the kids to show them where the canes were made and send one home with each of them. 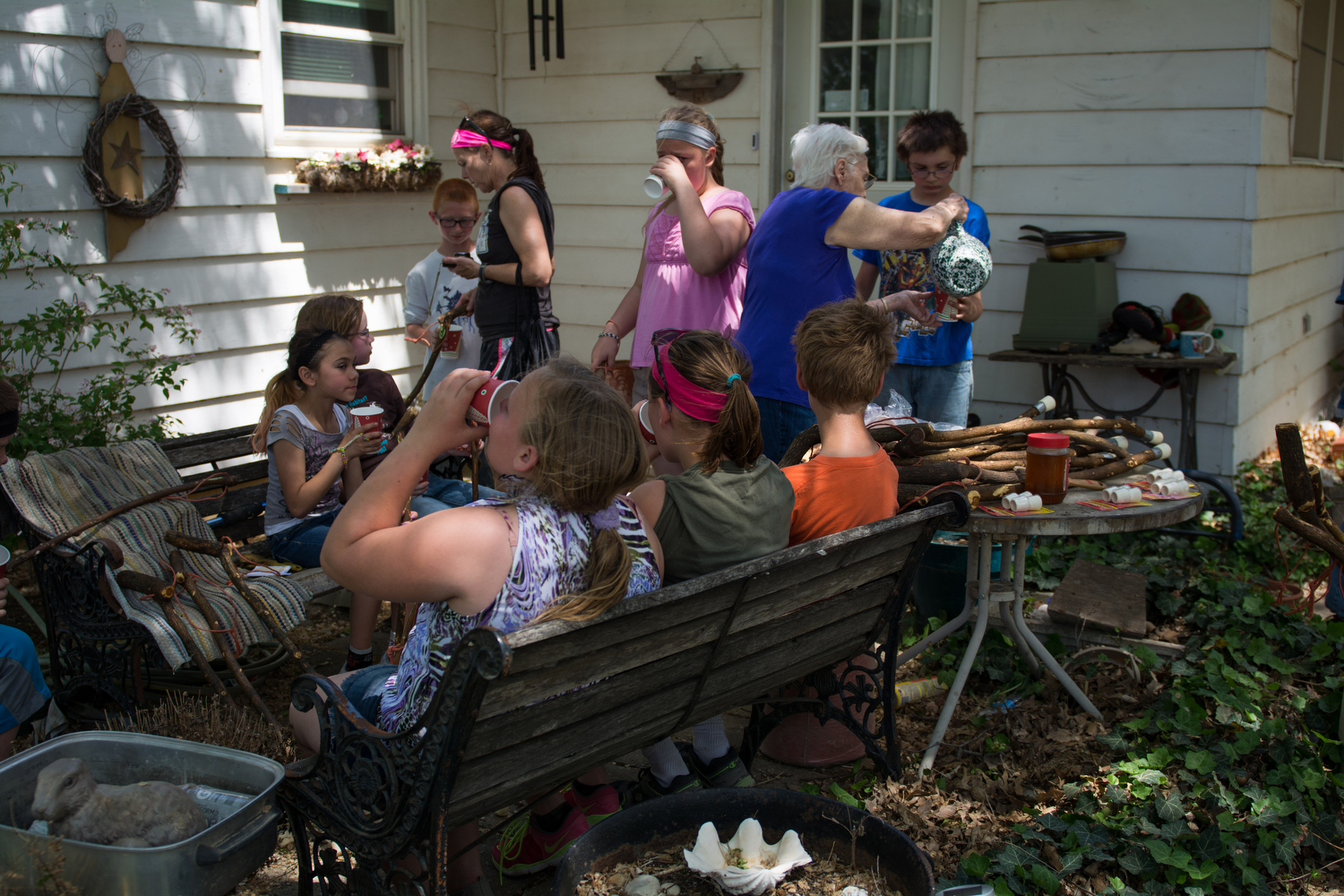 Donna Davies pours water as sixth-graders from her daughter's class at Reading Elementary escape the warm sun under a large tree outside the Davies' home outside Reading. 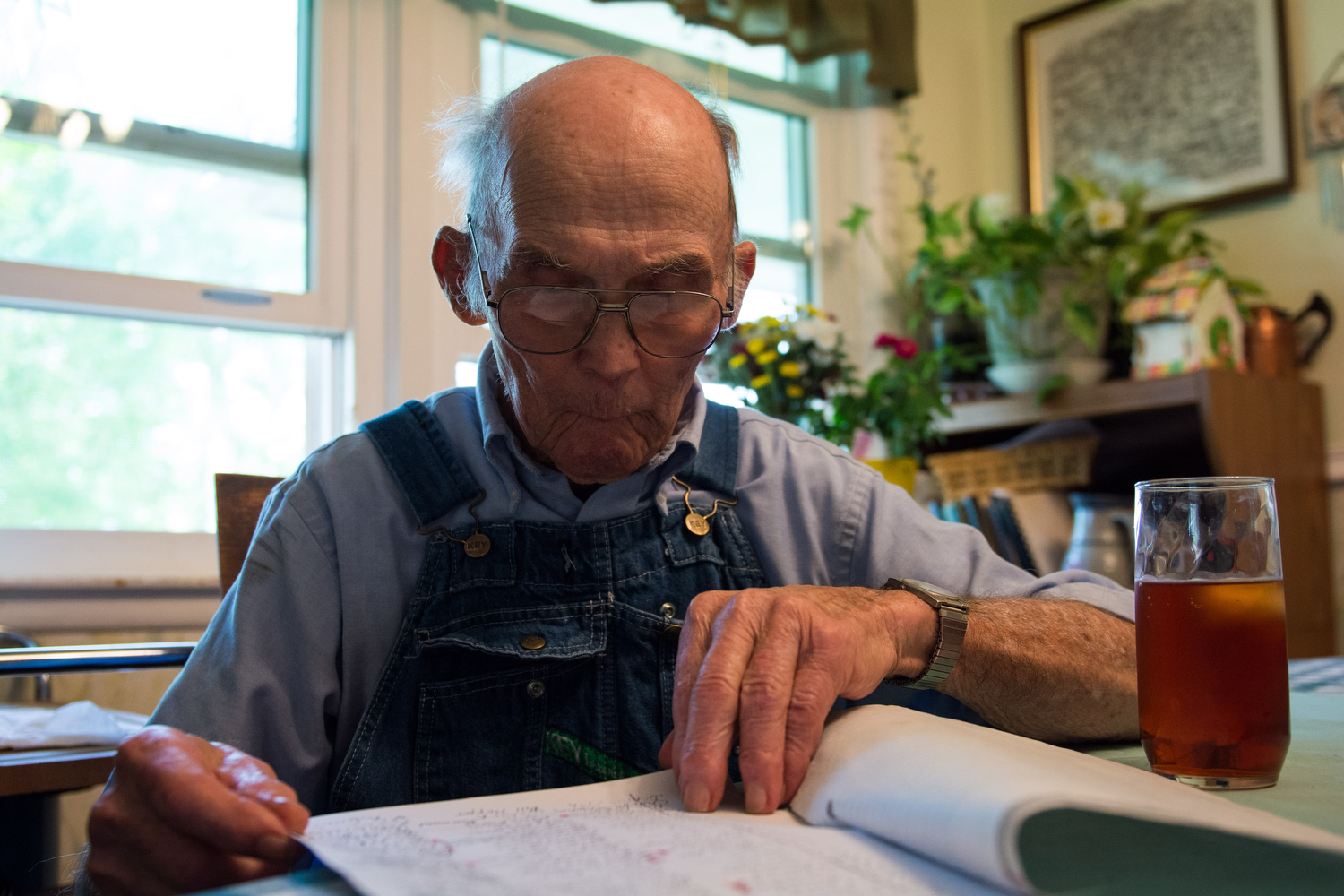 Clint looks over the list of more than two hundred people he has given canes to over the past two years as he sits with a glass of tea in his dining room. 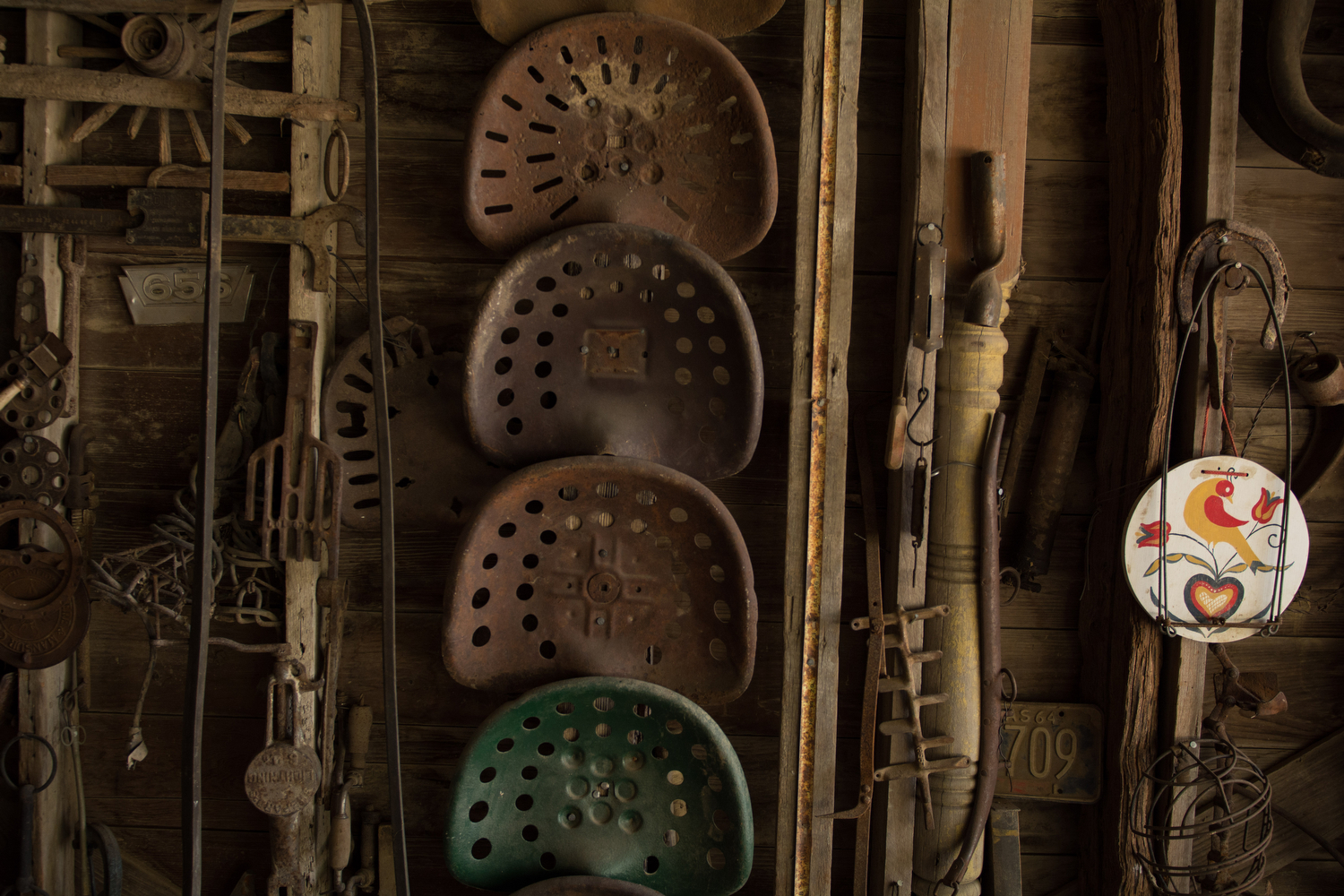 Antique farming equipment hangs in a workshop area outside the Davies' home. 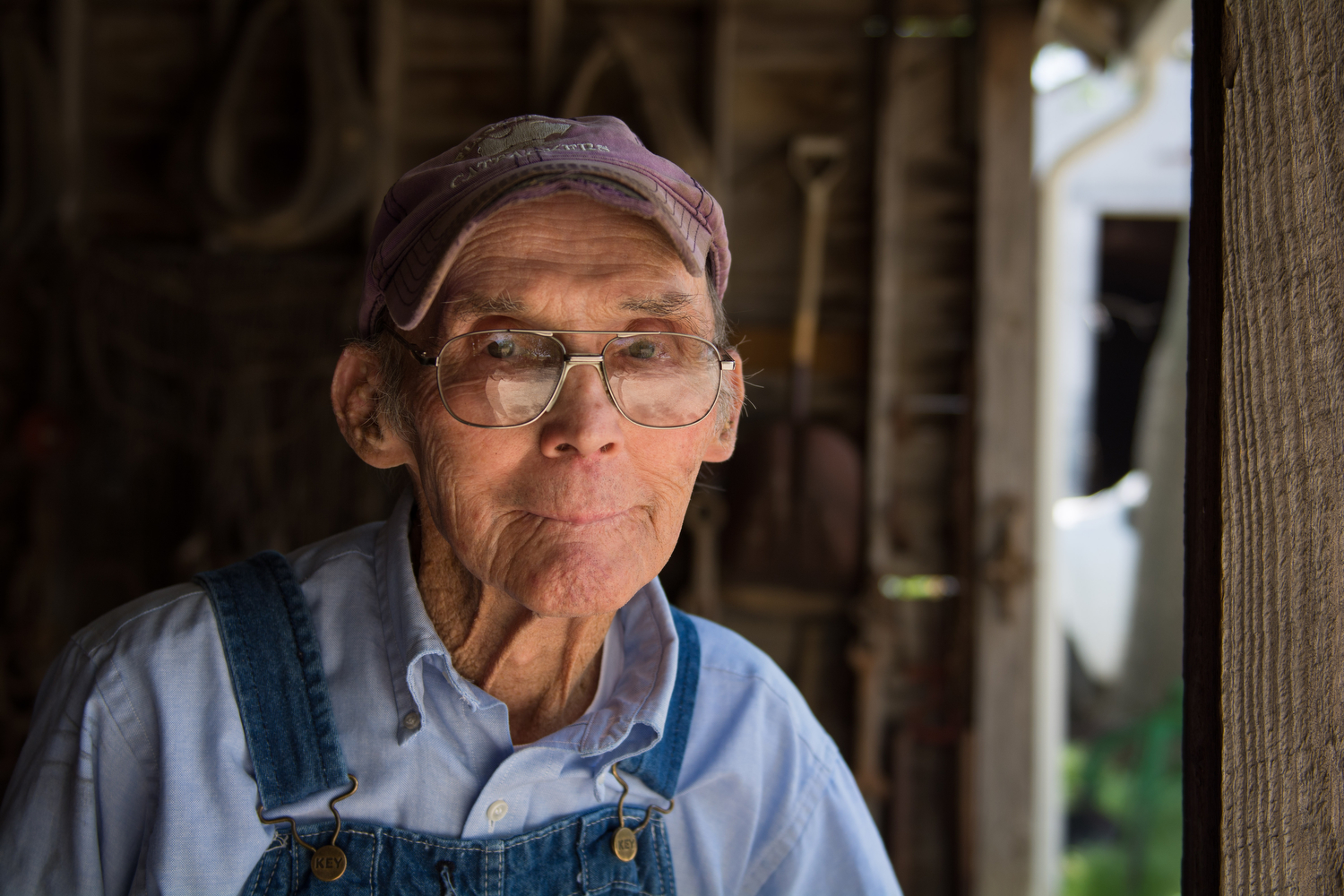 The full article that we ran today in The Emporia Gazette can be seen here.